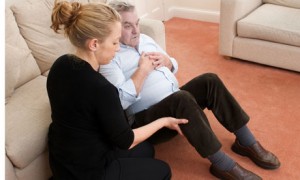 According to the World Health Organization (2008), in the year 2008, 17.3 million people died of cardiovascular diseases, predominantly of heart attacks and strokes. The highest number of deaths was recorded in Western Pacific followed by Europe with 4, 735, 000 and 4, 584, 000 respectively, while East Mediterranean had the lowest mortalities with 1, 195, 000.

Myocardial infarction is the irreparable necrosis (tissue death) of the cardiac muscle following prolonged ischemia or a condition wherein the blood flow and oxygen are restricted from a particular part of the body, consequently causing damage or death cardiac muscle. To most people, this is commonly known as heart attack. Most myocardial infarctions are caused when a blood clot blocks one of the coronary arteries, or when an atherosclerotic plaque builds up in the coronary arteries. This plaque buildup may develop either cracks or tears causing the blood platelets to adhere to the tear or almost block one of the coronary arteries. Both buildups would lead to disabling the oxygen rich blood from flowing to the heart. The cause of heart attack is not always known, as it may occur during any time of the day, such as when one is sleeping, in cold weather, or under severe emotional or physical stress. The most common symptom of myocardial infarction is chest pain, which usually lasts twenty minutes long (A.D.A.M. Medical Encyclopedia 2011; Zafari 2012). Aside from chest pain, there are several symptoms to determine whether a person is undergoing heart attack. According to National heart, Lung, and Blood Institute (2011), other symptoms include discomfort in the upper body (one or both arms, upper back, jaw, neck, and upper abdomen) also called referred pain, shortness of breath, nausea, vomiting, and sleep problems among others. Learn more about emergency first aid re-certification and get to know how to acquire it.

Although heart attack is not nearly as fatal as cardiac arrest, the former can lead to resulting to the latter, especially when left untreated. It is important to be alert especially when one is thought to be having a heart attack. First aid requires that the person sit down, rest and keep calm, and to loosen any tight clothing. Help them take chest pain medications if they take any. If the pain persists within a few minutes, call for emergency medical help. However, if the person is unconscious and unresponsive, call for emergency medical help right away and begin CPR. The same process is performed on infant and children. As much as possible, do not leave the person alone.

Performing CPR or cardiopulmonary resuscitation increases the chances of survival of a person. As the minutes pass without CPR, the survival chance of the person also decreases. Consequently, the sooner CPR is provided, the lesser the extent of the damage. However, it is also proven that high-quality CPR also affects survival. Gallagher, et al (1995), who studied the correlation between effectiveness of bystander CPR and survival, observed that effective CPR is independently associated with a quantitatively and statistically significant improvement in survival. Fortunately, CPR courses are offered by various institutions such as St Mark James. Completion of St Mark James courses can lead to certification. Find a provider and register now.