Substance abuse is the undue misuse of specific substances with the 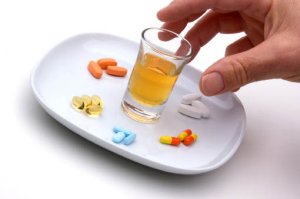 intention to alter the behavior or mood of an individual. Drug and alcohol abuse account as the two most common examples of substances abused worldwide.

Drug abuse is the use of drugs for other means and purposes other than legitimate medical purposes. People who abuse drugs often take a wide variety of drugs simultaneously (such as opioids, alcohol, barbiturates and tranquilizers), and the combination of such substances have similar addictive effects.

The use and abuse of legally prohibited substances or illegal drugs may be identified as early as during an individual’s childhood or teen years. There are certain predisposing risk factors that might increase someone’s likelihood of drug abuse.

Family history factors that strongly influence a child’s early development may reveal some correlation to an increased risk of substance abuse such as: ineffective parental guidance, chaotic home environment and lack of nurturing and parental attachment. Another factor that can strongly relate to an individual’s socialization behavior and influence in drug use outside the family environment include: inappropriately hostile or docile behavior at school, poor school coping and performance, associating with of non-conforming peer group, isolating oneself from peers and more importantly the perception of approval of substance and drug-use behavior.

“Rave” parties are large-scale parties attended by several hundreds of teenagers which predisposes them to use several drugs and addictive substances. Of these said events, one of the most commonly circulated and used drugs is 3,4 methelynedioxymethamphetamine (MDMA), or otherwise popularly known as ecstasy. A methamphetamine-based substance, which many erroneously perceived to result in a “harmless high”, actually leads to several complications when the said drug reaches its threshold in the human body.

Clinical manifestations will normally vary with the specific substance used, but the underlying principles of management are essentially and basically the same. The treatment goals for a victim with drug overdose are concentrated in supporting respiratory and cardiovascular functions, to better enhance the clearance of the agent as well as to provide for safety for both the individual and the medical team providing emergency care.

Although substance abuse cases greatly vary depending on the kind of substance saturated in an individual’s system, the main cause of emergency action is centered on treating the ABCs of emergency management namely; airway, breathing and circulation. Cocaine abuse is perhaps the most commonly used prohibited substance that accounts for almost a 1/3 of recorded drug overdose in many ED’s in North America alone.

Cocaine is intranasally inhaled via “snorting” into the nostrils through straws, acts as a central nervous system stimulant that can rapidly increase heart rate, blood pressure which in loaded doses can lead to seizures and cardiac dysrhytmias. Chronic use of stimulants such as Cocaine can significantly lead to chronic psychotic symptoms.  Therapeutic management for Cocaine substance abuse normally include: