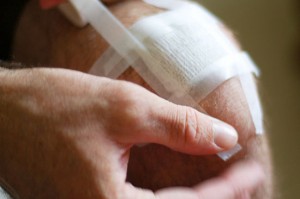 Quick thinking, confidence in your abilities and first aid know-how can make a big difference in emergency situations, especially if those situations involve someone important to you. Every second counts during emergencies as things can become serious fast. For example, wounds can result in heavy blood loss that might become fatal so it’s important to have some first aid training on what to do with open wounds.

Steps for Closing a Wound

It goes without saying that first aid for stab wounds is very different as it occurs in a very dangerous or volatile situation. You have to make sure that the scene is safe before helping a stabbing victim.

It’s important that you remain with the victim while waiting for an EMT or any personnel with first aid certification to arrive.